Want to know more about how to rid yourself of NPT, avoid hazardous incidents, and increase drilling performance, come see us at ONS2018 in Stavanger, Norway from the 27th – 30th of August. Come by for a chat and a demo in the Digitalization Zone, in Hall 4.

A Digital Twin is the digital representation of your actual well. Used in preparation it enables you to pre-drill your well. Used in real-time operation it enables you to do forward simulations and what-if simulations to detect mismatch and give input to change the drilling plan – to avoid problems, see and detect operational mismatches, and change parameters for optimal drilling (drilling the perfect well).

Recently we analysed 60+ wells were our technologies had been actively utilised in preparation and/or operation, and where we had correct and sufficient data to conclude on the hypothesis. Thus, 40+ of our digital twins in the period were omitted, due to availability (contractual, geographical, policy) of data.

Sidetracks, or avoidance thereof, was the focal area of the study, although the study also found that there had been 0 hazardous incidents on the 60+ wells analysed. «Geological surprises» as reason for having to do a sidetrack were omitted. Cuttings build up, collapse, washout, and packoff leading to plugging the well, were included.

We have had 5000+ participants in drill well in simulator prior to operations, with 150+ well specific scenarios. Automated Monitoring and Real time Optimisation is used in all drilling operations. This includes Tripping, Drilling, Casing/Liner operations and Cementing. It is also used in advanced operations like MPD and DGD. 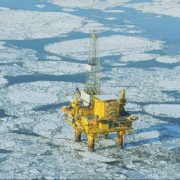 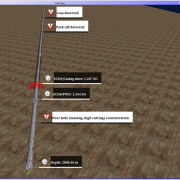 Study show no hazardous incidents, nor any non-geological sidetracks – on wells using a digital twin
0 replies

Want to join the discussion?
Feel free to contribute!

Study show no hazardous incidents, nor any non-geological sidetracks –...

With launch of Diagnostics 3.0, the world’s leading automated monitoring and...
Scroll to top